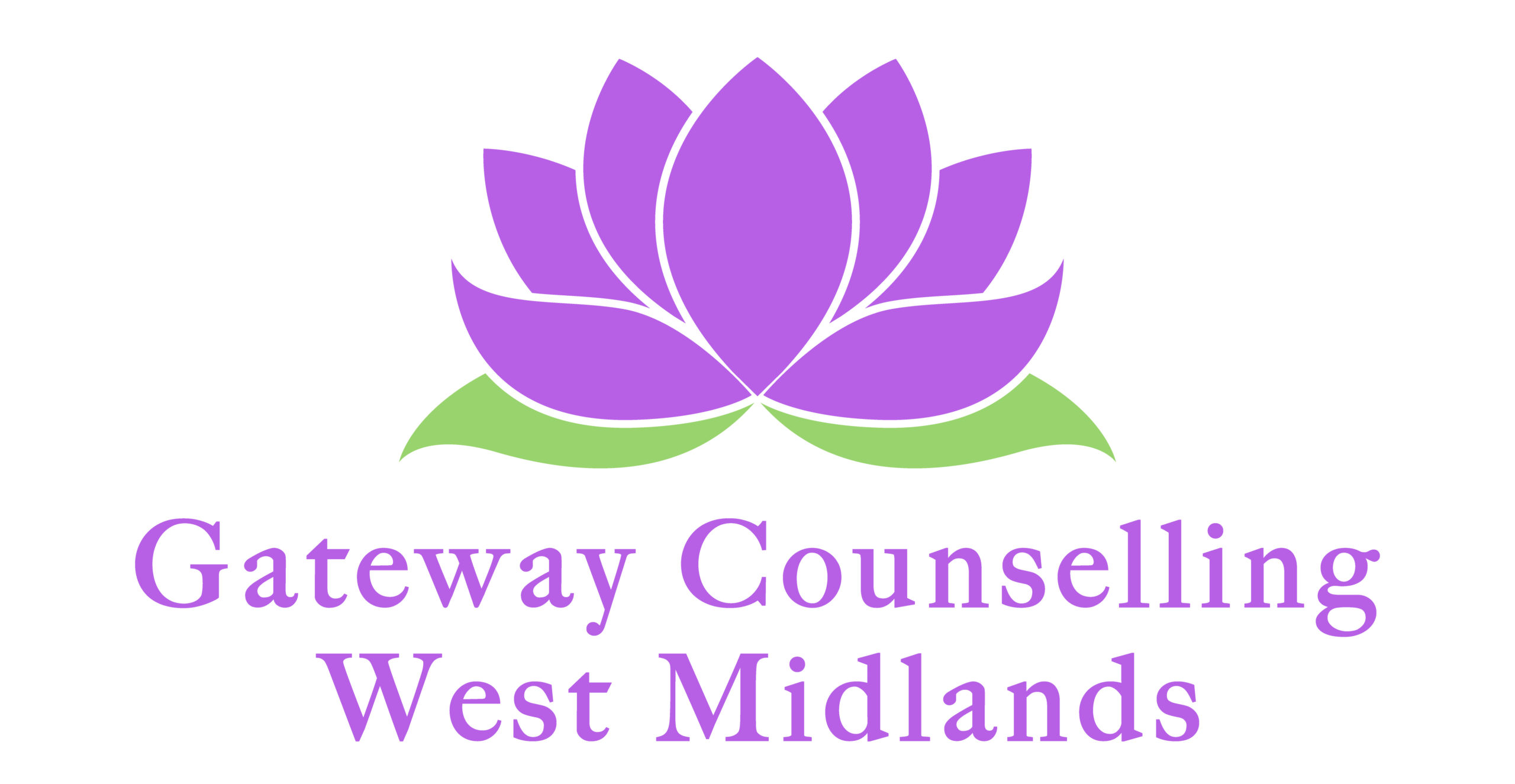 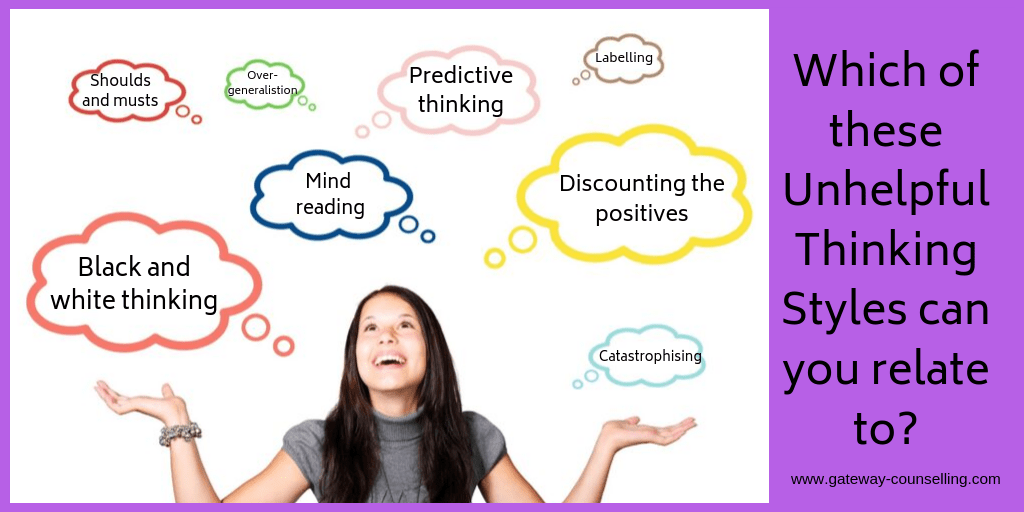 Do you have a tendency to jump to conclusions or assume the worst possible thing will happen? These are just two of the 10 unhelpful thinking styles that we can develop over the years. And as the term suggests, these thinking styles are very “unhelpful,” often holding us back in our daily lives and causing us emotional distress.

But the good news is that they can be changed. And being able to recognise when we are using them, is the key to being able to change them. Everyone has different styles that they predominately struggle with, so take a look and see which of these 10 unhelpful thinking styles you can relate to….

This is when you blow things out of proportion and expect something unbearable or intolerable to happen. You imagine a whole sequence of events occurring, ending in disaster. But in reality, the problem might be quite insignificant.

Example: Your partner is home late from work and is not answering his phone. You imagine he has been involved in a terrible accident and has been rushed into hospital. Or worse still he has been killed, so you start worrying about how you’re going to support 3 kids on your own. But could it be that he’s stuck in traffic and that his phone has run out of charge? 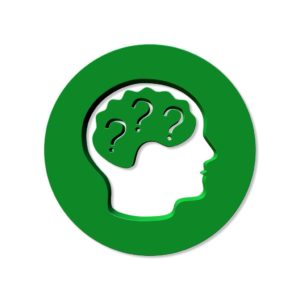 Mind reading is when you believe that you know what people are thinking, often assuming that they are making a negative judgement about you. But these are your thoughts not theirs. Jumping to these kinds of conclusions can leave you stressing about things unnecessarily.

Example: You’re at a party and the person you’re talking to keeps on looking at their watch. Your automatic thought is that they’re not interested in what you’re saying and think you’re boring.  But in truth, you have no idea what they’re really thinking. Perhaps they have a train to catch and need to leave at a certain time?

This involves taking responsibility for everything that goes wrong, even if you are only partly responsible, or not responsible at all. Personalisation can cause you to feel crippling guilt and deflate your self-esteem.

Example: Your partner has had a run in with his boss, and is in a bad mood when he gets home. You automatically assume that this is down to you…that you’ve done something to annoy him. 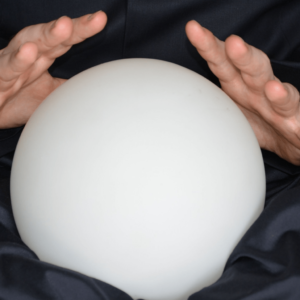 This is like having a crystal ball. You convince yourself that you know what’s going to happen in the future and that things will turn out badly. And if you believe these thoughts, you’re less likely to seize opportunities or take risks which could potentially lead to a more fulfilling life.

Example: You move into a new area and think of having a party. But you tell yourself that no one will come. So you decide against it and therefore miss the opportunity to get to know some of your new neighbours.

If you find yourself habitually using the words “always,” “never” or “everybody”, you are probably overgeneralising. This is when you take one situation that didn’t work out and expect it to happen again and again. Making these broad conclusions can leave you feeling disheartened, and as though you have no control over your life.

Example: You go on a date and it doesn’t work out, so you think that you’ll “never” find anyone and that you’re going to be lonely your whole life. 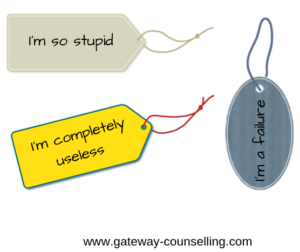 This is an extreme form of overgeneralisation. Instead of describing a specific behaviour and taking it in isolation, you attach a negative label to yourself or others. A single incident doesn’t define who you are, or who other people are. Labelling can therefore be harmful to you as well as affecting how you interact with others.

Example: If you make a mistake, instead of saying “I messed up today”, you say to yourself “I’m such an idiot.”

This is when you assume something is true because you feel it so strongly. You mistake your feelings for facts. But your feelings can sometimes be unreliable. So you fear things without having any evidence.

Example: You feel really scared when on a plane. So you conclude that flying is dangerous and convince yourself that the plane is going to crash. You discount the evidence that flying is relatively safe and millions of people fly every day. 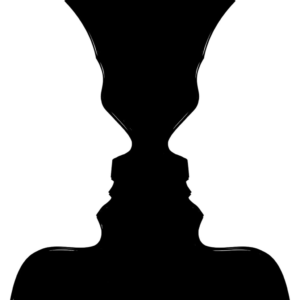 With this type of thinking there is no middle ground. Situations or people are either good or bad, clever or stupid, attractive or ugly. These extremes leave no room to allow for the complexity of most situations and people. So if you do something that is less than perfect, rather than thinking that you’re just having a bad day or that you’ve so many other good points, you see yourself as a complete failure. This can leave you feeling worthless because you can never live up to these unrealistic expectations.

Example: The starter you served at your dinner party was slightly overcooked. Despite the rest of the meal being delicious, you deem the whole evening to be a disaster.

You play down your achievements and positive traits and focus more on the negative details. Whilst there’s nothing wrong with being humble, by continually putting yourself down, you’re essentially devaluing yourself, which can significantly affect your self-esteem. And over time, you deny yourself the joy and satisfaction of having done something well.

Example: You get a new job. Instead of thinking you’re qualified and experienced to do the job, you tell yourself that you only got the job because no one else applied for it. 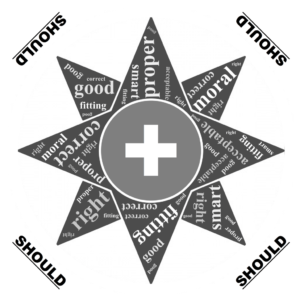 By using “should” and “must” statements, you believe that things have to be a certain way. This can create unrealistic expectations of yourself and others. So you end up setting yourself up for a fall. And when you don’t live up to these standards, it can create feelings of guilt and self-loathing. Also when you apply these words to others, you can end up feeling angry, resentful or let down.

Example: You’ve been on a diet for several weeks and feel you should have lost more weight by now. But perhaps you have set an unrealistic target and put undue pressure on yourself?

So how can I change these Unhelpful Thinking Styles?

So now that you’ve identified which of these unhelpful thinking styles you can most relate to, how do you go about changing these habits?

The first step to changing these negative thoughts is to catch yourself in one of these unhelpful thinking styles and identify which one you’re using. By labelling your thoughts in this way, they begin to lose their power over you. Perhaps you can say to yourself, “I’m doing it again…I’m catastrophising!”

Once you’ve identified the unhelpful thinking style, you can start to challenge your thoughts and see the situation in a different and more helpful way.

Some useful questions to ask yourself:

Replacing your unhelpful thoughts with more balanced and helpful ones, won’t happen over night. Don’t forget they have become habit and developed over time, so changing them will also require time and of course practice.

If however, you’re struggling to change those negative thoughts and they’re getting in the way of you having a more meaningful life, then please feel free to contact me for a free 15-minute phone consultation, to see how I can help. 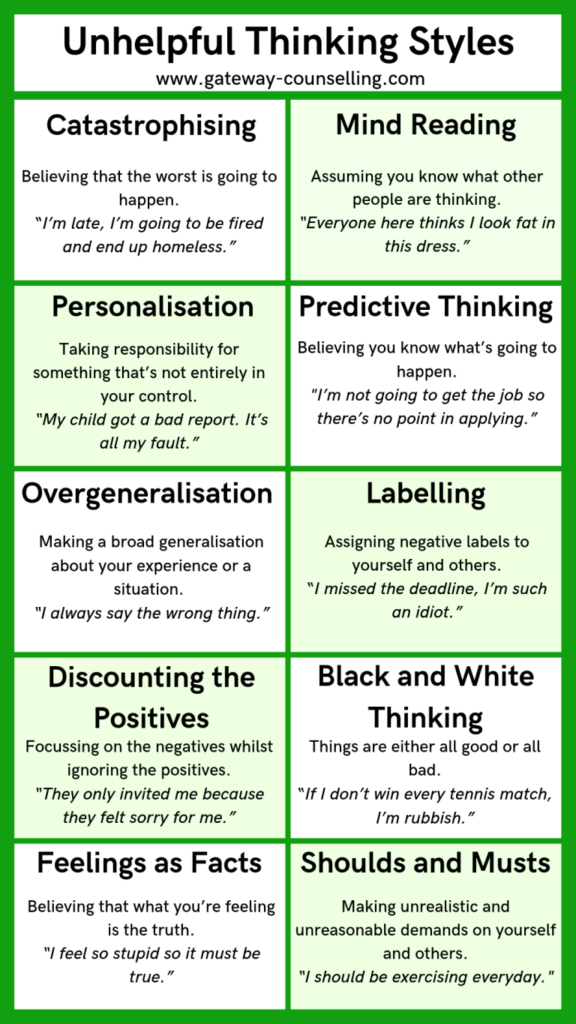 « Self-care for busy mums (Part 2): How to find time when you think you have none